If you are an independent music teacher in Chicago, then the Chicago Area Music Teachers Association (CAMTA) is for you!

CAMTA exists to serve the needs of independent music teachers of all instruments, their students, and parents in the Chicagoland area. Our organization aims to promote high standards of teaching, performance, and professionalism in the music community.

We run a private group on Facebook that members are welcome to join. Check it out often for the latest news regarding CAMTA events and other things! Contact an admin to request to join (your CAMTA membership must be current).

Also, we now have a CAMTA Programs YouTube channel where members can rewatch or catch up on presentations. Please stay tuned as an announcement will be made in our Newsletter as well as our Facebook group.

Join us for our members’ meetings, held on the 2nd Friday of every month (September through June). This year, meetings will be held at PianoForte Chicago, except for September through February, which will be held over Zoom (note changes made due to the delta variant). The Zoom meeting ID number and passcodes are published in the CAMTA Newsletters and on the CAMTA private group on Facebook. We hope to see you there! 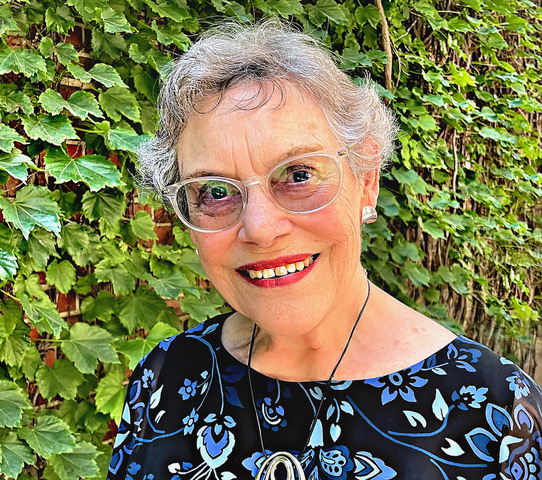 Congratulations to our very own Hannah Voigt, recipient of the 2021 ISMTA Teacher of the Year Award!

Hannah Voigt, keyboard collaborator, vocal coach, and organist teaches piano in River Forest, Illinois. She holds a B.S. from Crane and an M.M. from Eastman, subsequently serving on the faculties of both schools upon graduation. She also spent a summer in France studying with Nadia Boulanger, and Robert and Jean Casadesus.

In Chicago after 1963, Hannah joined the CSO Chorus where she was selected by Margaret Hillis to teach theory to her singers. At piano pedagogy workshops fellow teachers introduced her to Chicago Area Music Teachers Association, its monthly programs, and its Syllabus examinations. She has been a promoter of Syllabus ever since, not only serving for decades as its coordinator for CAMTA but contributing to the replacement of the old Syllabus curriculum with the new Achievement in Music (AIM) program. She created many of the harmonizations in the current curriculum. Most of her students are graduates of this AIM program.

Patricia Ann Rusk of Chicago left this world on July 29, 2021. She was surrounded by her family in the same hospital where her daughter was born nearly 40 years previously. She was a beloved figure in the Chicago music and theatre community, where she’d been a musical powerhouse for more than fifty years.

Patricia Rusk grew up in South Bend, Indiana. Inspired by her mother’s love of music, Patricia first studied piano at a local conservatory. Shortly thereafter, Mrs. Rusk established a home piano studio, and Patricia began teaching alongside her. She was a featured piano soloist in South Bend, which included a performance with the South Bend Symphony Orchestra and being concertmaster of her high school orchestra.

Patricia received her Bachelor’s Degree with distinction from Eastman School of Music in 1963, studying abroad in Florence at Villa Schifanoia, and a Master’s Degree in piano from Northwestern University in 1964.

After college, Pat moved to Chicago, where she worked as a pianist. She toured nationally with A Chorus Line, Annie, Bob Fosse’s Dancin’, They’re Playing Our Song, Side By Side By Sondheim, and Sugar Babies. Always one to break barriers, legend has it that she was the first female contracted pit musician in a major Chicago theatre.

Pat was popular in the Rush Street piano bar scene, where she most notably held down the room at 20 E. Delaware and met her husband, Richard Wacker. After the birth of their daughter, Leslie, in 1981, Pat performed more locally in Chicago, becoming well known for her onstage pianist role while musical directing the long running Forbidden Broadway in the 1980s. She performed twice at the Kennedy Center in Washington, D.C.

Pat was still able to find a perfect balance between her professional career and her role as a mother. In between performing and teaching, she found time to lead her daughter’s Girl Scout troop and chaperone school events. After her husband’s death, she and Leslie traveled extensively.

As an accompanist, Pat was highly regarded for her supportiveness as well as her ability to transpose anything at the drop of a hat. She was a member of the Musicians Union, the Musicians Club of Women, the Music Teachers National Association, the National Guild of Piano Teachers, Piano à la Quartette, InterFRIENDtions, Let’s Duet, and a founding member of Chicago Cabaret Professionals.

From Jason Patera, Head of School, The Chicago Academy for the Arts:

Pat was a cornerstone of the Academy community for almost 25 years, from serving as the first faculty advisor to the AIDS Benefit in 1997, to leading the Musical Theatre Department for many years…. Because of her virtuosic teaching, her former students—a superstar pop songwriter, a Hamilton lead, a Grammy Award-winning organist, several Broadway stars—routinely found success in the professional arts world. As a mentor and friend, she had an immeasurable effect on the lives of everyone in the Academy community.

We presented The Academy’s Faculty Legacy Award to Pat in 2018, and Mayor Rahm Emmanuel proclaimed February 15 to be “Patricia Rusk Day” in the City of Chicago.

This afternoon, my beloved mother—friend and teacher to us all—took her final bow and went peacefully on to her next big gig. While I’m devastated to lose the best person in the whole wide world, I’m comforted that her battle with cancer was so painless and filled with such love and optimism. She left this world un-retired, still employed at The Academy, just as she’d hoped. Her brother Ed, my partner Scott, and I were at her bedside; the soundtrack was “No One is Alone” into “Rhapsody in Blue” as she passed.

True to her identity as a teacher and performer, her wishes were to donate her body to science and have her memorial be a joyful cabaret. The Chicago Academy for the Arts will be helping her family and friends put this together, with the event likely taking place in October at the Athenaeum Theatre in Chicago. You can find more information, as well as make any donations in her name, at https://www.chicagoacademyforthearts.org.